Opinie – You gotta fight for your right to fail 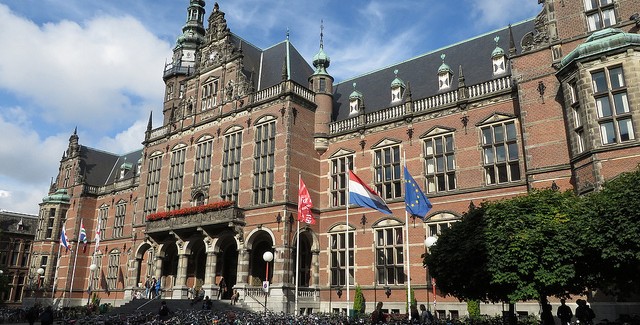 Last night I witnessed a debate called ‘Towards a new university?’. Staff and students gathered in a small room in the Harmony building to discuss the future of our higher education, as a result of the unrest that has sparked after the protests in Amsterdam. For those of you who weren’t there, if you expected a clear-cut solution or the occupation of university buildings to be a result of the debate, let me bring you back to reality: that didn’t happen. However, the result of yesterday evening was significant in a wholly different way.

Thijs Lijster, a cultural studies and philosophy researcher at the RUG, initiated the debate because he wanted to facilitate an open conversation: the complaints that he normally heard around the coffee machine were now at the core of the protests in Amsterdam and should stay out in the open. Well, they were in the open, manifold and agreeable to everybody: the university is producing ‘plof-students’ who don’t have the time – or are not motivated enough – to participate in the universities democracy, we are catering knowledge as if we were catering coffee, staff has to engage in a lot of ‘pr-bla bla’ and pet government projects and the classic one: our temple of knowledge has become a factory.

Daan Brandenbarg from the medical department mentioned that if PhD students at his department publish their articles in journals that are not innovative, they receive a fine. Thus, you cannot fail and you have to be competitive all the time. Of course, this is demanded by a top layer of managers. Academics such as Pascal Gielen and Wim Jongman noted that this situation in the Netherlands is exceptional: our universities have the most management levels in Europe – six at the RUG, to be exact – and regulate top-down, while exceptional institutions such as Oxford and Cambridge organise their university in a more bottom-up manner, in which the staff is more or in complete control.

What then, did this hall full of people suggest as a solution for the above? A lot of interesting ideas entered the debate: Pascal Gielen opted for a system where the staff and students are co-owners of the university, a lot of people spoke up for transparency and decentralisation, Wim Jongman suggested abolishing faculties altogether, Pieter Boele van Hensbroek shared his idea of a stakeholder democracy – where all relevant experts are consulted before making decisions, so different people are involved in different topics – and The New University mainly seemed to want a change in national policy. A lot of statements included a call for the resignation of Jet Bussemaker, the current minister of education.

However, the latter statement seemed to be one of the few things that was collectively agreed upon. Members of the University Council noted that they are already working on a stakeholder democracy and felt that to all support one solution for the whole system would be too simplistic. A student from the faculty of arts stated that she doesn’t want to be involved in every decision the university makes and no, that’s not laziness, she just wants to leave it to the professionals. The board of directors weren’t there to react – Lijster sent them an invitation, but never got a reply – but I do not doubt they would have disagreed with a lot of things that were said.

The right to explore and to fail

Even though you could argue that the evening passed without producing any concrete results – no consensus about one solution – still this debate was exactly what is needed at the university. Not because it provided us with answers – if anything, it might have raised more doubts than it offered a clear solution – but because it exemplifies what is missing from daily university life: the right and practice of exploring curiosity and possibilities, without immediately having to generate results. Guilt-free brain searching, idea generating and allowing yourself to fall flat on your face every now and then. Just to think about things without the pressure of having to produce a brilliant article.

An uncertain future looms for the university. As the ideas yesterday evening showed, the university can choose many different paths to walk. The one thing that is clear is that something needs to change. As Thijs Lijster put it: ‘The genie is out of the bottle and it won’t be easy to put it back in. What we don’t know is where this will end.’ Indeed, what and how will be changed is debatable, and you are invited to think along. Join a meeting of the New University. Visit a session from the University Council. Don’t be afraid to pitch in. Your thoughts are good enough, even though you may not be in an honours college. In the words of one of the speakers: ‘We are already at university, let’s not try to top that.’ If any silly thoughts do occur, I will be there to cheer you on. Heck, I will probably offer some pointless remarks myself… but that’s my right. 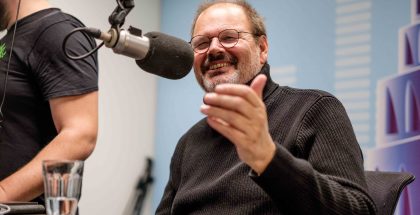 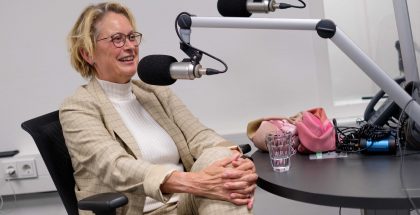